L.Vannamei commonly known as the whiteleg shrimp are native to the eastern Pacific Ocean, from the Mexican state of Sonora to as far south as northern Peru.

The maximum size which the species can grow in the natural ocean habitat at an age of 12-14 months as per the FAO, as well as other research organisations, is a maximum of 230 mm, with a maximum Carpice Length of 9 cms.

To achieve similar growth in a pond-based aquaculture system in a period of 100-130 days is an incredible feat according to experts.

The average size of harvested shrimps is 18-20 gm in the normal aqua farms. The record-breaking growth of 80 gms was achieved in normal earthen ponds by applying SISTA360 protocols developed by the R&D wing of the Kings Infra.

SISTA360 is an integrated system based on symbiotic technology using principles adopted from BIOFLOC, Aquamimicry, and IMTA methods of aquaculture and adapted to Indian conditions. The achievement gains further significance as we used only antibiotic-free feed, probiotics, and natural supplements. Ingredients such as curd, jaggery, turmeric, moringa leaves, garlic, tamarind, and other ingredients were used regularly under this protocol to improve immunity and disease resistance as well as improve growth rates.

The successful harvesting is a milestone in our R&D efforts to develop an eco-friendly and economically sustainable aquaculture practice that could be replicated by small and marginal farmers.

The success is noteworthy as our team has achieved the same in a 90-130 day harvest cycle despite facing several critical issues including adverse weather conditions.

SISTA360 is about focusing on the fundamentals of shrimp farming.

Get the fundamentals right, and it increases multifold
the chances of harvesting a successful crop.

Experts call it an economic wonder, and indeed it is! 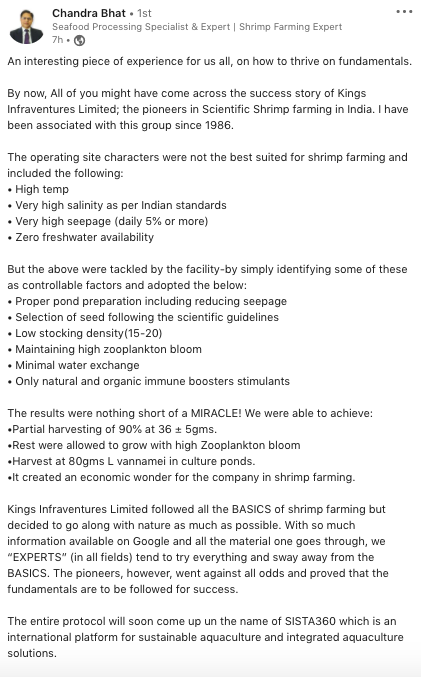 This achievement is a validation of SISTA360.
And, it is just the beginning! 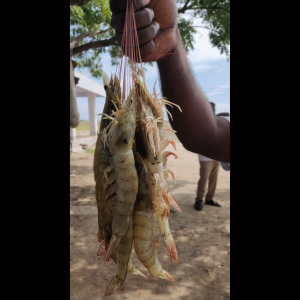 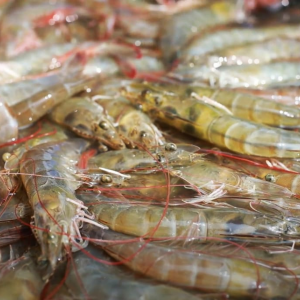 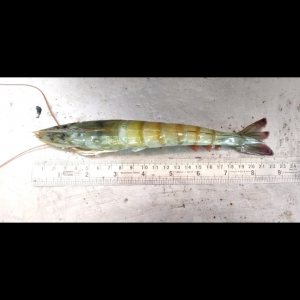 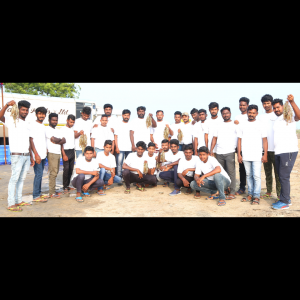 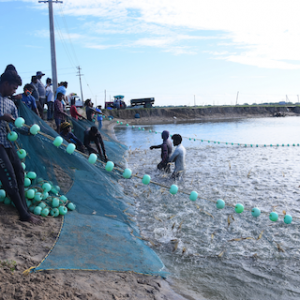 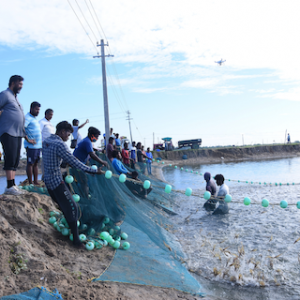 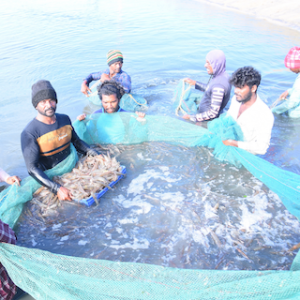